During a trip to Aylesbury, Buckinghamshire, UK to acquire more classic ALFA Romeo parts stock, I ventured up Aston Hill, near Aston Clinton, which was active as a hill climb venue from 1904 until 1925. The hill’s enduring claim to fame came when Lionel Martin and his partner Robert Bamford achieved success with their self-built ‘special’ car and hence named their fledgling car manufacturing business Aston Martin.

The images are of the ‘Aston Martin Monument’ which is located at the roadside near the top of Aston Hill and the plaque reads as follows:

“The Origin of Aston Martin.
From 1904 to 1925 Aston hill, part of the Lord Rothschild’s Estate, was a renowned motoring venue.
Lionel Martin made his first ascent of this hill in a tuned Singer Car on 4 April 1914. Shortly afterwards, on the 16th. May, at the Herts County Automobile & Aero Club meeting, he was so successful that in March the following year the sporting light car club first registered a car in his name called an “Aston-Martin”.
It was the start of a legend in the history of the automobile.
This plaque was placed here by the Aston Martin Owners Club and Aston Martin Lagonda Limited”. 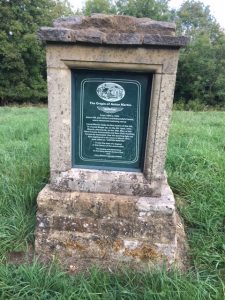 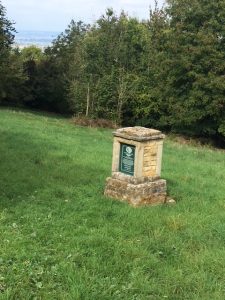 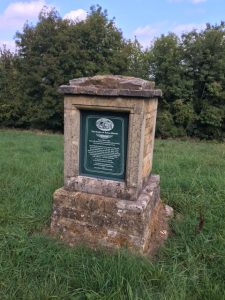